“We will prove that this persecution was instigated by so-called professional Jews who make a business of preying on other Jews by scaring them into the belief that their lives and their property are in danger through threatened pogroms in the United States [and that] anti-Semitism charged in this so-called indictment, is a racket, that is being run by racketeers for graft purposes.“

“We will show that the most vicious written attack on Jews and on the Roosevelt administration emanated from the office of the FBI by one of its agents, and that the purpose of this attack was to provoke others to do likewise. We will show that this agent also drilled his underlings in New York with broom sticks preparatory to “killing Jews.“

“We will show that large sums of Hitler money helped finance Mr. Roosevelt’s campaign for re-election in 1936 and that right at this moment, British, American and German capital and industry are co-operating together in South America and other parts of the world.”  – Henry Klein

It staggers me to think that there are many who now associate freedom with the normalization of everything formerly regarded as morally repugnant, when the truth is we’re building a world in which the majority will be slaves to every whim and fancy, not to mention dark and abhorrent desire, the human imagination can conceive. That’s a form of ‘freedom’ I can well do without. – a review for Edward Albee’s The Goat

Remember that one kid who was an insufferable know-it-all who tried to fit in by telling awkward jokes while also talking about how “knowledgeable” he was? The crew manning the RationalWiki are like that minus several hundred IQ points. They’re smart enough to realize that there are cookies in the cookie jar but too stupid to unclench their fists to allow procurement of said cookies.

So anyways, RationalWiki (more like CRAPtional DICKy, amirite?) appears to be staffed by a bunch of elitist, pseudo-intellectual douchebags who attempt to use internet/4chan culture to appear “witty” and “edgy,” apparently to appeal to *channers and other people like me and ensnare us in their little anti-religious crusade.

The true motives of RationalWiki?

If they stuck with bashing the Christian and Muslim fundamentalists then I’d be fine with that, but hell noooo, their main focus seems to be wiping out ALL FORMS OF SPIRITUALITY off the face of the earth.

Ironically enough, RW’s people actually think that they’re rational. Although the RationalWiki proudly sports the word “rational” in its name; nothing could be further from the truth. The contributors and editors of the wiki are hopelessly irrational and butthurt and will stop at nothing at proving they’re the biggest flamers on the internet. Known as hipster-pseudo-intellectual-fags, the operators of the RationalWiki are trapped in the mind-slog which is their critical thinking skills. This may partly explain why the site is now overrun by a cabal of inbreds which includes many disgruntled Wikipedia editors; said folks were likely fed up with WP’s policies on neutral POV and reliable sources: preferring a socialist echo chamber instead.

The best part of the RationalWiki is the genuine belief each of their contributors have of their own critical thinking skills. Like a six year old who discovers they can blow bubbles with bubble gum, the cogs of the RationalWiki have discovered that they can criticize and rebel against their parents. Unfortunately for many of them, they lack the balls to confront the people they know in real life with their rebellious beliefs. Instead, they spend all day being angry and creating barely comprehensible, raging anti-religious manifestos in the guise of wiki articles.

To avoid seeming completely one sided and agenda driven, RW very occasionally has articles bashing extreme “moonbat”( left-wing) subjects such as PETA and eco-terrorist groups; nevertheless this doesn’t change the fact that this is a site which considers Dawkins too “far-right” because he disagreed with some feminist on Youtube.

For that matter, sourcing on RW is a joke in every circumstance. No really, the site accepts sources from anybody; Cracked; TV Tropes; even crank sites RW has articles mocking like globalresearch.ca are used as sources. Not even just as extra reading, but sources. RW is willing to accept crap like this as sources so long as they agree with the site’s POV while ignoring legitimate sources used in points to the contrary, proving that any idea of objectivity or rationality is a farce. https://lorddreadnought.livejournal.com/56005.html (Web host is a alt righter but the article exposes Putin’s NWO/EU ties via the Chabad criminal cult)

Scientific orthodoxy is an oxymoron

So the self proclaimed ‘skeptic’ community and the progressives behind it are taking some heavy Ls with a fall in comic book and video game sales. Despite it like the black hoes and white beta males they will keep blaming racism, sexism and the patriarchy for their successive failures despite the fact that most true nerds and gamers don’t give a shit about what race or gender orientation you are. There was no  real Neo Nazi or alt right problem before Gamergate and Atheism+ which is the whole ideology of the IrrationalWiki and SJW crowd. Slim Shady, Headchopper Mohammed, Scumbag Shylock and Talmundist Ted know this very well so this is why they have Mossad, the FBI and the FSB/DHS drum up all these incels and beta males so they can convince the public to accept their one world fascist dictatorship ruled from Jerusalem. The skeptic community and the modern day progressives belive that they are oh so tolerant nice and forgiving but in reality they are the biggest assholes and enemies of free speech and Afro European civilization since Leon Trotsky and his followers. Try to critise Isreal or even mention something that offends the scientism worshipping academic cultists at alternatehistory.com and you will see how fast that tolerance runs out. Not even the alt-right is as bad as these guys and trust me, nobody apart from the corrupt lamestream media run by the KGB is paying these idiots any attention.

While the progressives and alt righters are destroying themselves on the net and on the streets, Asian and Middle Eastern immigrants and their descendants are busy becoming CEOs, buisness leaders and persons of respect just like what happened in the 90s with all these Soviet migrants. The thugs and terrorists got wiped out by law enforcement, ran away to the Slavic nations or just faded into the background as the likes of the CIA began to apply a can of ass whooping upon them. These cultures despite their faults are patriarchial and value success, when was the last time you saw a Japanese intellectual demand hand outs or a Iranian migrant now holding a position at a big tech company complaining about ‘privildge?’ Slim Shady and False Flag Fedowitz don’t go to places like Sri Lanka, Pakistan and Singapore because they know they will be either shot dead or what ever plot they are running thoroughly exposed and all the pasties arrested – no victimhood status or ADL out to accuse the victims of ‘racism’ and ‘anti-semitism’.

The freaks at Hellywood continue to push these failed agendas of gender dysphoria, statism, anti conservative and anti black male genocide because they want to indoctrinate the youth with these ideas. The boomers sold out for ‘free love’ and drugs, we can now see the results of their laziness and lack of morality sponsored by the CIA and the KGB in the form of toxic feminism, the large amount of sexually starved and angry young males who can be mobilized as a powerful force to destroy society, intellectual fascism and cultism and a lack of understanding of history which is why we have clowns like Antifa attacking gay Asians and useful idiots destroying any opposition to their sick ideology and thinking they are heroes. As much as I despise them the skeptical community and modern intellectualism share a big part of the blame as well. When 9/11 hit and the Twin Towers got wiped out by themite, nukes and a remote controlled plane and a Granit cruise missile struck the Pentagon, people like Micheal Collins Piper  with his book Judas Goats and the ex US Navy Man William Cooper tried to warn the public that the resulting ‘War on Terror’ was a ruse and that the Bush and Blair regimes were hardcore Communists following the plan of Nikita Khruschev (Solomon Perlmutter) to create a one world government ruled by NATO and the UN and policed by the US Army. The skeptical community and intellectuals ignored it as ‘conspiracy theories, maaan’ and beat down all who opposed them even slightly: come-uppance came in the form of the Second Great Depression, discovery of concentration camps and widespread corruption in the W Bush adminstration and the rise of a police state. Despite being shafted along with the religious right for the next generation of brainwashed fools coming out of America’s education system, the skeptics and modern intellectual class learned nothing from their mistakes and continued to operate as a eltist cult free from criticism. Sites like RationalWiki and Snopes continued to beat down and accuse all those who opposed them of ‘racism’ ‘homophobia’ and ‘anti-semitism’, seemingly unaware thatthey were setting the stage for their own downfall. When the mess in the form of the alt right and incels came these idiots were no where to be found. Traditional white women and descendants of legal immigrants had to do all the heavy lifting and actual fighting against both groups of wannabe fascists. A huge L also came in the fact that nobody wanted to read their politically charged propaganda disguised as journalism, comic books and video games.

No janitors round here, if useful idiots and punks want to delude themselves into thinking that ranting about some insignificant Neo Nazi or Flat Earthers is more important that corruption in politics or poverty then that is none of my buisness.

Go get a life and actually do something you idiot low level neocons and progressives. 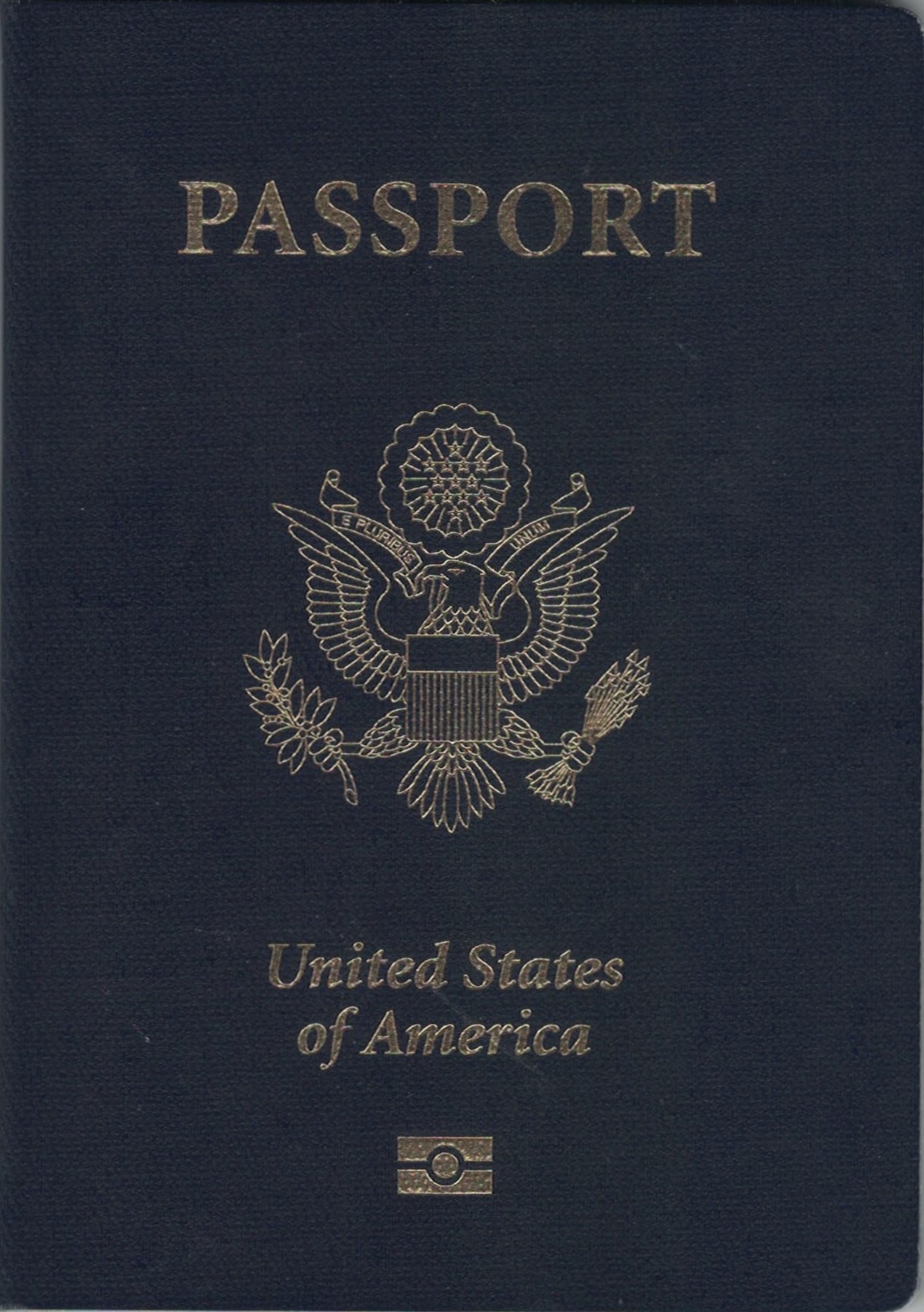 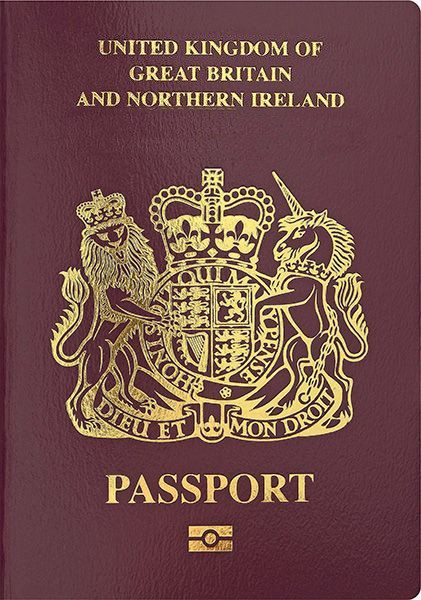 SAY NO TO THE CLEAN UP MAN

DON’T BE A CAPTAIN SAVE A HOE

God bless and remember, no slaves round here.

View all posts by Anton Nikolaev